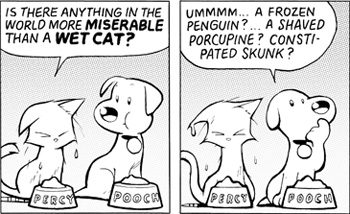 Are my questions windy rhetoric?

Rhetoric is employed, and has been since ancient times as artful oratory by using various literary devices:  “How did this idiot get elected?” – A rhetorical question to convince others that the “idiot” does not deserve to be elected. The questioner does not expect an answer but raises the question to start a discussion on his terms. It can have a logical base,Trump is an idiot, was he elected by illegitimate means?

To answer we can say look at Russian interference for one, and paying off embarrassing accusers for two. Three four and five revolve around unlawful use of campaign funds, using the Trump charity as an all-purpose slush fund and so on and on. FBI revelations over Clinton’s e-mails investigation may not be down to Trump but still disturbed voters illegitimately.

I can justify my rhetoric out here in the windy fens.