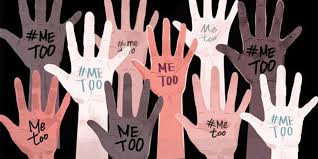 One allegation is a big problem. Two or more become deadly, because there’s always the threat of yet another accusation. And now another woman is accusing Brett Kavanaugh, up for nomination to the Supreme Court, of sexual assault.

There is a “higher standard” for Supreme Court nominees — with the Senate Judiciary Committee set to hear from Kavanaugh and Christine Blasey Ford on Thursday. These aren’t allegations against a sitting U.S. senator or someone running for office whom voters can reject. They’re against someone picked for a lifetime appointment to the U.S. Supreme Court.

Given that higher standard, it’s increasingly likely that Kavanaugh’s chances of getting 51 votes are over. We just don’t know how this ends. Does Kavanaugh withdraw? Does Senate Majority Leader Mitch McConnell signal that the votes aren’t there — to give Trump and the GOP enough time to name a new nominee? Or is there enough time.

A White House official tells NBC’s Kristen Welker that there are no plans to withdraw Kavanaugh’s nomination. This official says President Trump finds decades-old uncorroborated allegations to be something that the White House and Kavanaugh should fight back against. Well they would wouldn’t they.